Rexcel and Videon Livestream Taipei Opera to Over 50,000 Viewers 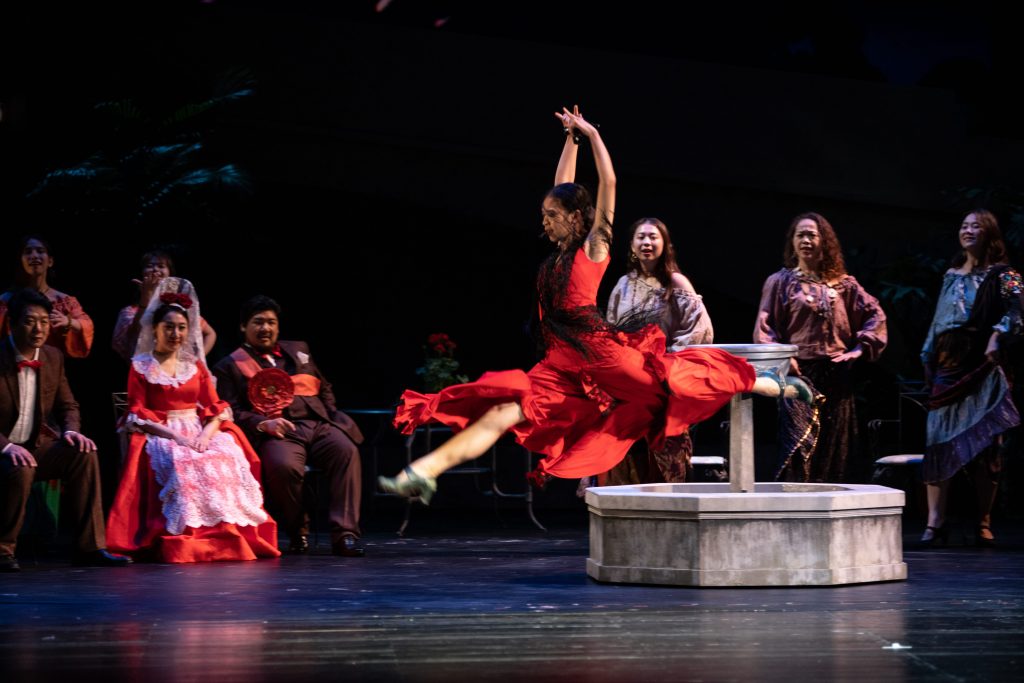 Tokyo, Japan – May 11, 2020 -Rexcel Nippon announces the formal launch of Rexcel Simple LaaS (Livestream-as-a-Service) which is based on Videon’s award-winning EdgeCaster. Simple LaaS’s introductory event resulted in an impact that will long be remembered. The Taipei Opera’s historic performance, a Taiwan premiere of “El amor brujo” (ballet) and “La vida breve” (opera) by Spanish composer Manuel de Falla was to be held at Taiwan’s national opera house (the Taichung National Theater)  on March 21, 2020. The event was cancelled due to Covid-19, but not before the performers were allowed to use the opera house to do a dress rehearsal the night before. Ren Egawa, CEO of Rexcel, realized Simple LaaS could enable a world-wide audience first time viewing of an event featuring multi-streaming of four live feeds from four different cameras. The problem was Rexcel members were not allowed in the theatre to set up the system due to Covid-19 restrictions.

The Rexcel team provisioned Simple LaaS and handed it to the theatre workers who had never set up a livestreaming system. Thanks to the ease of use with Simple LaaS, the system, using Videon’s EdgeCaster video encoder, gave a high-quality performance and worked seamlessly with other equipment in the opera house such as YouTube, Smartphones, PC’s, and TV’s. All pieces of the setup worked without fail even though the live performance was the first time the components had been used together to livestream.

Amidst a global pandemic, Rexcel enabled the opera to be viewed, live, by over 10,000 remote viewers. The performance has since amassed more than 50,000 views from people around the world after a month. Livestreaming a Taiwanese premiere of a Spanish music masterpiece brought in many viewers from Spain, as well as France, Italy, various countries in Latin America, and much more, to watch a performance held in Taiwan which, had it been performed live, would only have been viewed by several thousand people.

Dau-Hsiong Tseng, Taipei Opera’s Music Director stated, “I told everyone in Taiwan this: Rexcel from Japan and Videon from American gave our performance two wings to fly. And fly it did… landed in Spain’s Andalusia where Manuel de Falla was born and caught the attention of an Andalusia conductor who is one of the principal conductors at the Ballet Nacional de España and a proponent for Falla’s music. Thanks to this livestream, he was able to witness our production’s serious approach and respect for Falla’s masterpieces even though Taiwan is thousands of miles away from Andalusia, and naturally we became good friends. Livestream brought miracles beyond imagination. Thank you Rexcel. Thank you Videon.“

Implementing a high-quality livestream was challenging due to its perceived complexity and costly investment. Rexel LaaS is changing that dynamic. In the past, event organizers might have forgone a livestreaming opportunity or choose to use a smartphone to stream an event. While smartphones are easy to use and accessible solutions, they deliver a lower quality stream which directly impacts the audience’s experience.

“Rexcel was able to solve a huge problem amidst the  pandemic and enabled The Taipei Opera staff to successfully livestream the opera to thousands of viewers. Our EdgeCaster encoder paired with Rexcel Simple LaaS produced a high-quality, experiential livestream that was not only affordable, but also was able to be watched by tens of  thousands of people who may not have  had the opportunity to attend such an event,“ said Todd Erdley, CEO and Founder of Videon. “Rexcel did more than helping the opera be livestreamed – they touched the lives of people around the world and brought them joy in a time of great uncertainty. Rexcel cared more about others than themselves and, for that, we at Videon are grateful.”

Rexcel Simple LaaS with Videon’s EdgeCaster inside offers an unprecedented simple setup that reduces the complexity and cost associated with high-quality livestreaming. Rexcel Simple LaaS pre-configures and pre-tests multiple EdgeCaster encoders matched to the number of camera feeds that the organizer plans to use to multi-stream to a YouTube account. This setup allows each remote audience member to select their preferred camera view during the live event.

Setting up EdgeCaster is as easy as shipping the unit to the event site, connecting it to the Internet at one end, and pairing it with a quality 4K or HD video camera at the other end. Rexcel Simple LaaS then monitors and controls the streaming quality remotely throughout the duration of the event. Rexcel Simple LaaS is capable of supporting events throughout the world where YouTube, Facebook or other supported content delivery networks are accessible.

Ren Egawa, Rexcel’s CEO stated, “We have been providing cutting-edge livestream technologies and solutions to broadcasters and telcos, and we recognize that it is the event organizer who creates an event. These organizers are experts when it comes to engaging live “on-site audiences”. Now with the simplicity of Rexcel’s LaaS, everyone can be an expert in engaging live, “remote audiences”.  Rexcel LaaS was designed with three E’s in mind; Easy, Economical, and Efficient to allow organizers anywhere in the world to offer professional-grade livestream experiences to their remote audience. We thank Videon for its superb EdgeCaster and Taipei Opera for offering us the opportunity to prove its effectiveness and together made the history of conducting the first multi-stream from a theater environment.”

Highlight of This Livestreams

Taipei Opera Theatre was founded in 1971 and has since premiered more than 40 western operas in Taiwan. The company is led by Dau-Hsiong Tseng, a recipient of 2011 National Culture and Arts Award, and the founder and music director of the company.

Taipei Opera is distinguished by its reputation for producing professional operas at highest artistic excellence. Its fully staged productions are usually accompanied by Taiwan’s national orchestra or Taipei’s city orchestra. The opera company has been revered for its commitment in opera education by introducing Taiwan residents to not only well-known but also less-performed opera masterpieces. Traditionally the opera company has served opportunities for talented Taiwanese opera singers to experience leading roles, allowing many of whom to continue to perform for the rest of their careers. More information is available at https://www.facebook.com/Taipeioperatheater

Videon is a world-leading provider of ultra-low latency, high-resolution, high-performance streaming solutions that enable users in the prosumer, pro-AV, and broadcast markets to simplify streaming workflows and reduce costs. Videon has also partnered with top software brands around the globe to incorporate its technology solutions into millions of devices. Videon actively supports its employees, its community, and the environment by emphasizing the belief that employees should care more about others than they do about themselves. More information is available at https://videonlabs.com.

Rexcel is a leading systems integrator in Japan, designing and offering both Video and IoT solutions to nationwide broadcasters, global telecommunications service providers and electronics brands. Rexcel is led by a uniquely diverse group of experts in marketing, arts & culture, strategic planning, project management, engineering and manufacturing with partners in the US, Japan and Taiwan.

Hailed as an innovation driver in Japan, Rexcel is recognized by major corporations for helping drive from inside an idea out to a commercial product that is new and relevant, with record implementation speed. More information is available at http://www.rexcelgroup.com/jp.