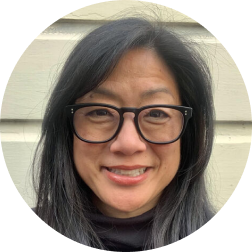 Todd Erdley is the founder and continued vision behind Videon’s groundbreaking advances in video technologies. Erdley’s leadership has propelled the company to the forefront of video encoding and streaming products that enable prosumers and professionals to create transformative solutions that are rapidly driving and simplifying the movement of media from any source to any screen. An avid cyclist, Todd enjoys unwinding from the whirlwind pace of Videon by pedalling around central Pennsylvania's beautiful countryside.

Paul Brown is one of the original co-founders and technology innovators of Videon. Brown has been involved with digital video for over 25 years, from Intel Action Media 2 all the way to current technologies including 4K/8K HEVC streaming. Along the way, he has been involved in the design of video / compute solutions for companies including Logitech, Bowers and Wilkins, Rockwell Collins and Lufthansa Technik. Paul lives in the State College, PA area and enjoys travelling with his family. 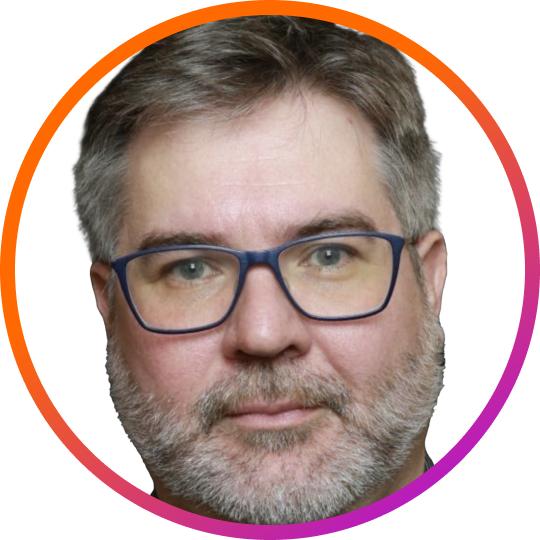 Lionel has 25 years of experience in the telecommunications, broadcast, and media industry, managing real-time and mission-critical services in voice and video applications. He has launched several successful products and services for companies including AWS and Anevia.

VP of Commercial Operations and Sales

Rob Bargo, one of the original founders of Videon, oversees operations at Videon which includes meticulous management and oversight of manufacturing, supply chain, quality, IT and the service department. His work on Videon’s AS9100 certification and the implementation of QRM manufacturing have made the Videon Manufacturing Operations department truly world-class. Rob earned an AAS in Electronics Technology from Pennsylvania College of Technology. He is a board member of the Innovative Manufacturing Center of PA as well as co-champion of the MADE in Central PA group. Outside of Videon, Rob enjoys taking advantage of this region’s excellent fly fishing.

Dan Chote comes to Videon with a background in scaling production infrastructure and security, systems architecture, AI/ML, and blockchain immutability. Dan started his career in the Jabber Open Source community (XMPP), and has been in CTO/VP of Engineering positions throughout his career. Chote architected and implemented many products which scaled to support massive surges of users including the successful exit of an online dating application. Dan lives just outside of State College, PA. He enjoys LEGOs with his kids, and has been very active in various Maker communities. 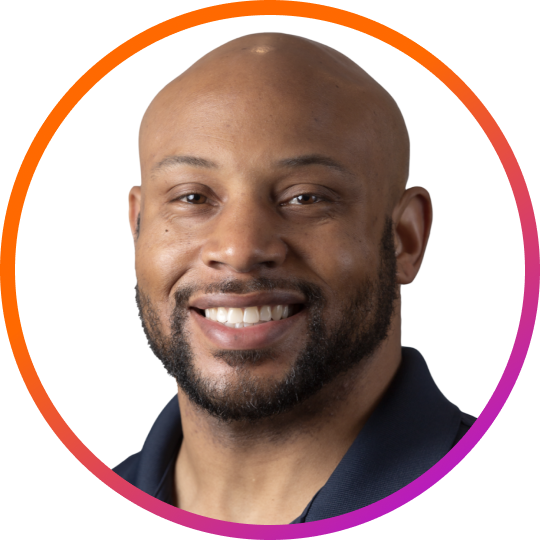 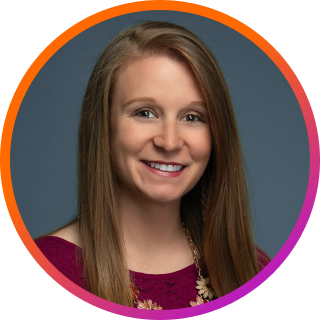 With over 14 years of human resources leadership experience, Lauren has unrivaled knowledge and management skills. In tandem with her tenure at Penn State in the Office of Entrepreneurship & Commercialization, her Masters degree in Human Resources Management and her Doctorate in Strategic Leadership, Lauren has served in the United States Pennsylvania Army National Guard and is currently a Human Resources and Logistics Non-commissioned Officer.

Erik has worked with early-stage technology startups since joining Voyager in 1998. He's currently on the board of directors of Carbon Robotics, Lighter Capital, Lytics, SheerID, Shiftboard, Uplevel and Videon. Erik was previously responsible for investments (acquired) in Elemental (AWS), Blue Box (IBM), Covario (Dentsu), aQuantive (Microsoft), Anova Data (Ribbon), Capital Stream (HCL), Kryptiq (Surescripts), MakeTV (LTN) and Skyward (Verizon). Prior to joining Voyager, Erik was president of Mimix which developed motion capture software for the video game industry. He began his career in investment banking in Frankfurt and New York City. Erik has an MBA from Harvard Business School and a BA in economics from Pacific Lutheran University, where he serves on the board of regents. He was born and raised on a farm in Washington State (Skagit Valley).

Former Adobe Systems, Inc. Chief Executive Officer Bruce Chizen’s customer-focused vision transformed Adobe into one of the world’s largest and most diversified software companies. Bruce is currently Partner and Senior Adviser at Permira Advisers; Executive Chairman at Informatica Corp; Venture Partner at Voyager Capital; and serves on the board of Oracle, Synopsys, ChargePoint, Mirakl, Nexthink, and a number of non-profits.

Cole Younger is the managing director of Fortson VC. He has lived and worked in the Pacific Northwest for the majority of his life and received his degrees from the University of Washington. After graduation, he worked for two local venture firms, Pacific Horizon Ventures and Bancshares Capital. In 2007, he founded Vintage Lane Venture Partners. In his role at Fortson VC, Cole spends the majority of his time assessing new investment opportunities and working with portfolio companies. Outside of work, he is married and has three sons. He enjoys spending time with his family, coaching his boys’ sports teams, and is an avid fly fisherman. 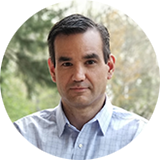 Louis is a managing partner of Alter Venture Partners, a new venture firm focused on investments in early-stage deep technology start-ups. Prior to Alter, Louis co-founded Comcast Ventures in early 1999, Louis became managing partner in 2009 and oversaw venture investing activities at Comcast Corporation and NBCUniversal, building one of the world’s premier corporate venture capital funds. The Comcast Ventures’ portfolio spanned early- to late-stage investments in enterprise technology, media, communications, and consumer internet. Louis graduated with honors and holds an MBA from the Wharton School and a MA in International Studies through the Lauder Institute at the University of Pennsylvania. He also graduated from the Management & Technology Program at the University of Pennsylvania with a BS in Economics from the Wharton School and a BS in Materials Science & Engineering from the School of Engineering & Applied Science. 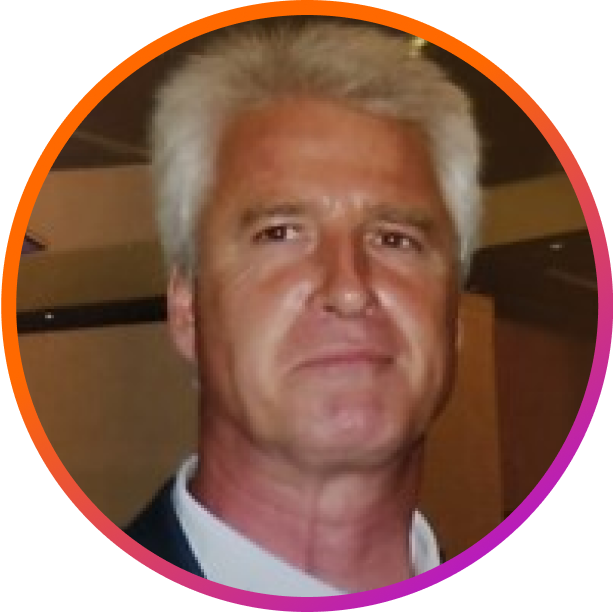 David is currently Principal at Scala Advisors LLC. and holds a number of Board and Advisory positions in the TV and Media technology industry. He has driven transformational activities providing advanced technology in the TV and Media industry since the transition to digital technology and has driven aggressive top and bottom line growth as an executive in a number of leading communications technology companies around the world. Previously he held the position of Vice President, Strategic Business Development, TV and Media at Ericsson based in Silicon Valley, USA.. Prior to Ericsson, David was a member of the executive team at Harmonic Inc and helped grow profitable revenues from less than $50m to over $500m before moving on to Ericsson. David was previously Vice-President with TV/COM International and prior to that, Vice President at M/A-COM Linkabit (subsequently acquired by Hughes). David was Founder and Board Member of the Ultra HD Forum, the VR Industry Forum and the DASH Industry Forum and is past-President of the MPEG Industry Forum. He is an advisor to many TV, Media and Technology conferences around the world and is a judge on many of the industry awards each year including the CSI Awards, the Video Tech Innovation Awards, and the UK's National Technology Awards. David is the only person to have ever been selected three times as one of the "Euro 50" by the Cable & Satellite Europe magazine. 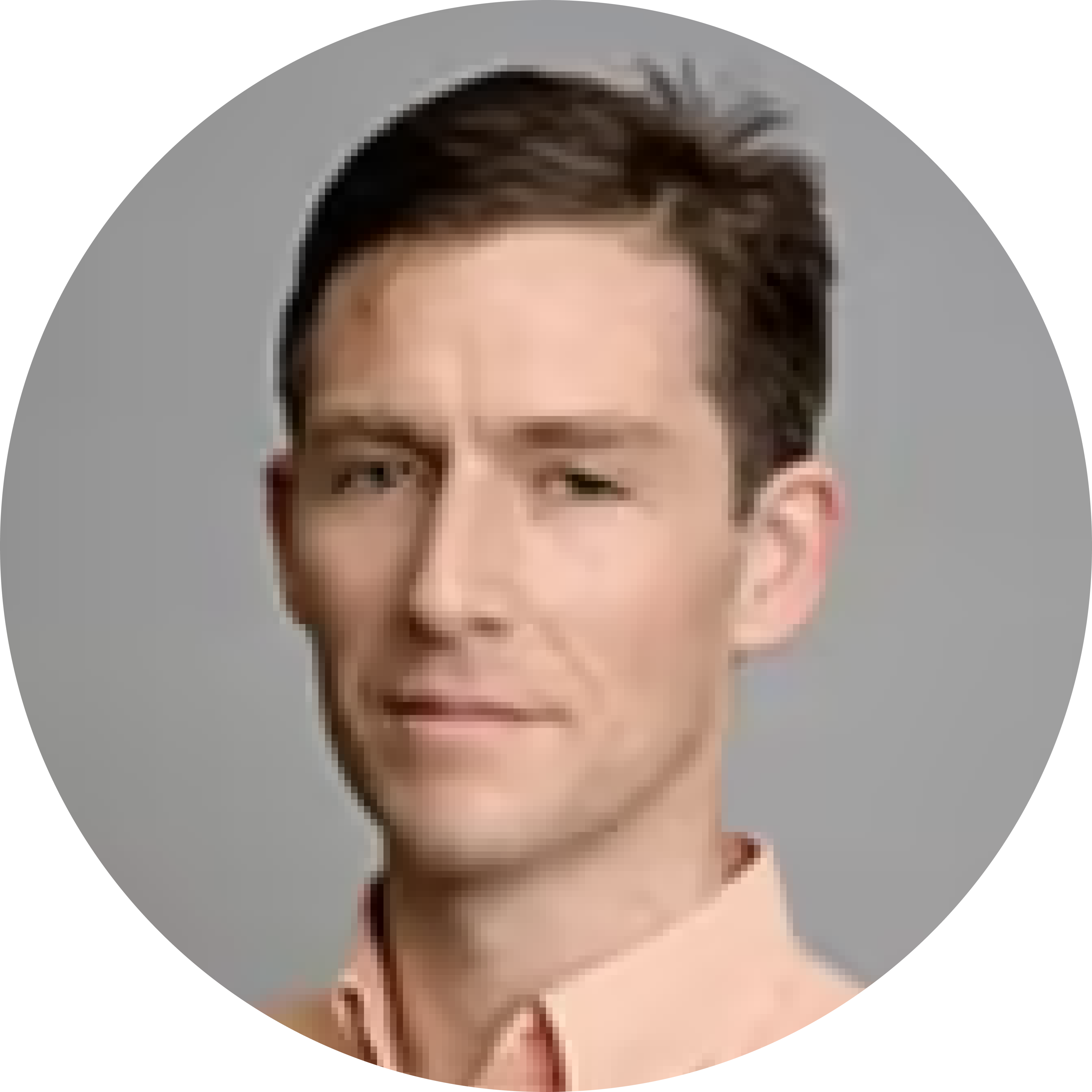 Brian Lewis has nearly two decades of experience with complex real-time software development, spanning the entire development cycle from requirements capture through deployment and support. He brings his obsession with video compression, image processing and real-time control systems to his work at AWS Elemental. As director of software engineeringat Pixelworks, Brian led development of a next-generation Software Development Kit (SDK) for Image Processor ICs. Prior to Pixelworks, he worked as an engineer and team leader at Rockwell Collins developing navigation, guidance and sensor control software for military transport aircraft. Brian earned a B.S. in aerospace engineering from Embry-Riddle Aeronautical University in Prescott, Arizona. Left to his own devices Brian would probably think about video compression in his spare time too, but for the sake of balance he goes hiking once in a while. 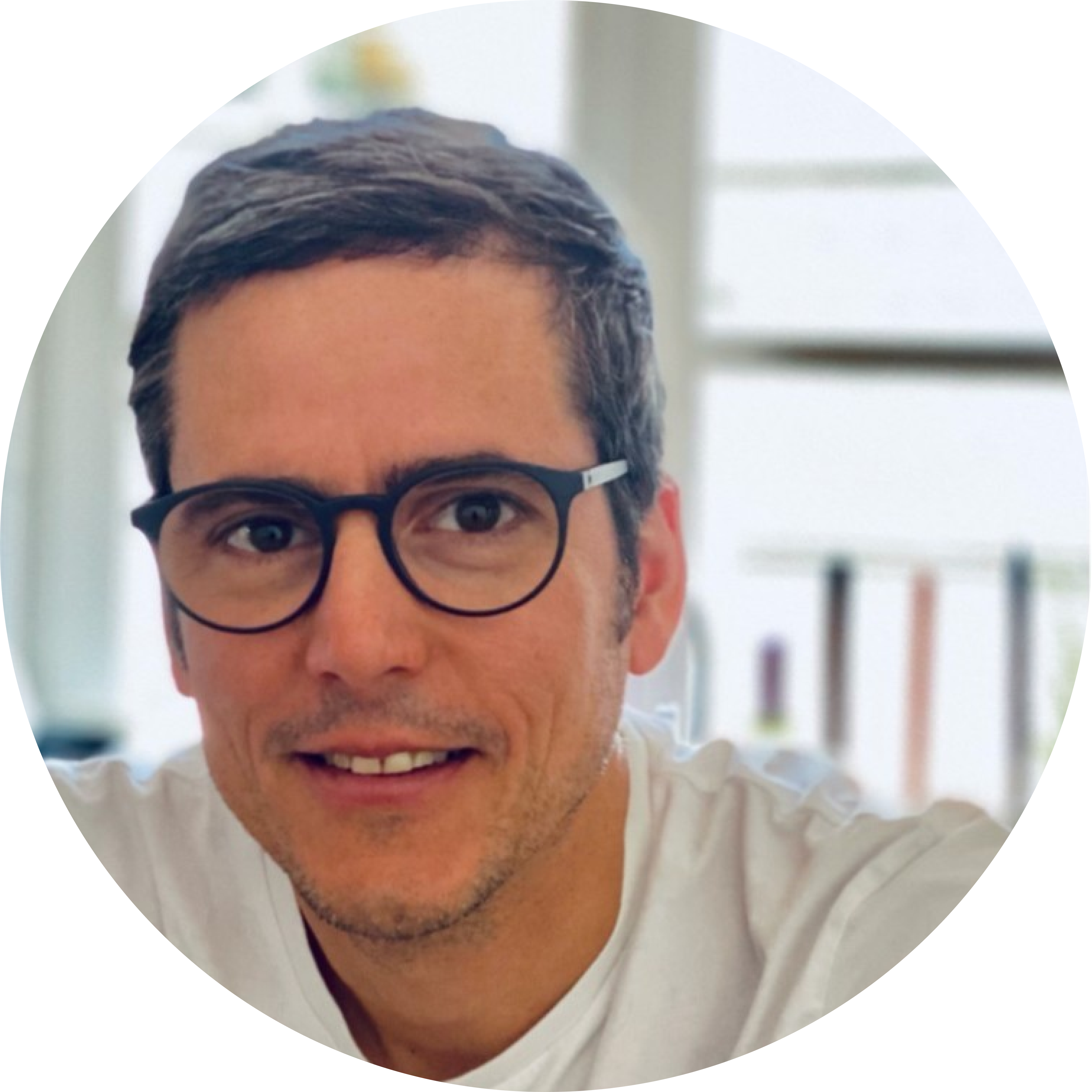 Building online services for content creators has been my passion and profession for 15 years. Prior to Audiotool, I co-founded and managed Make.TV Inc, a SaaS provider for cloud-based live video technology based out of Seattle - which was acquired by LTN Global in 2019, where I served as GM for two years and had the pleasure to work with high profile content creators and publishers across the globe. Prior to Make.TV, I worked at dimensional GmbH, a digital agency which my partners and I founded 1998. We bootstrapped multiple software projects with profits out of our agency business and transformed dimensional to become our incubation and investment vehicle. The agency part of our business was acquired by Qvest Media in 2020. 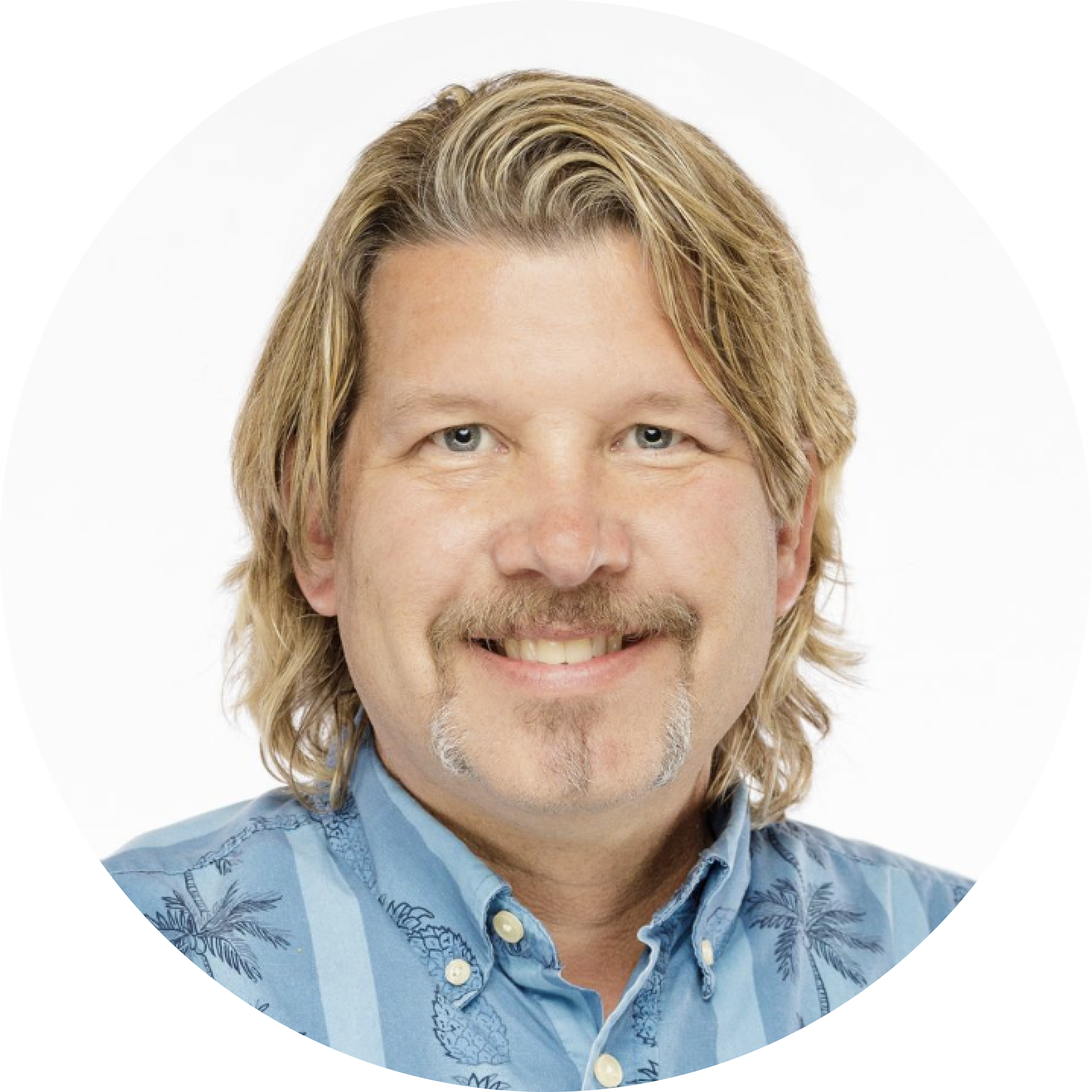 Founder and President at BridgeDigital

20 + year entrepreneur with expertise in digital video workflows and the technologies that make them work. 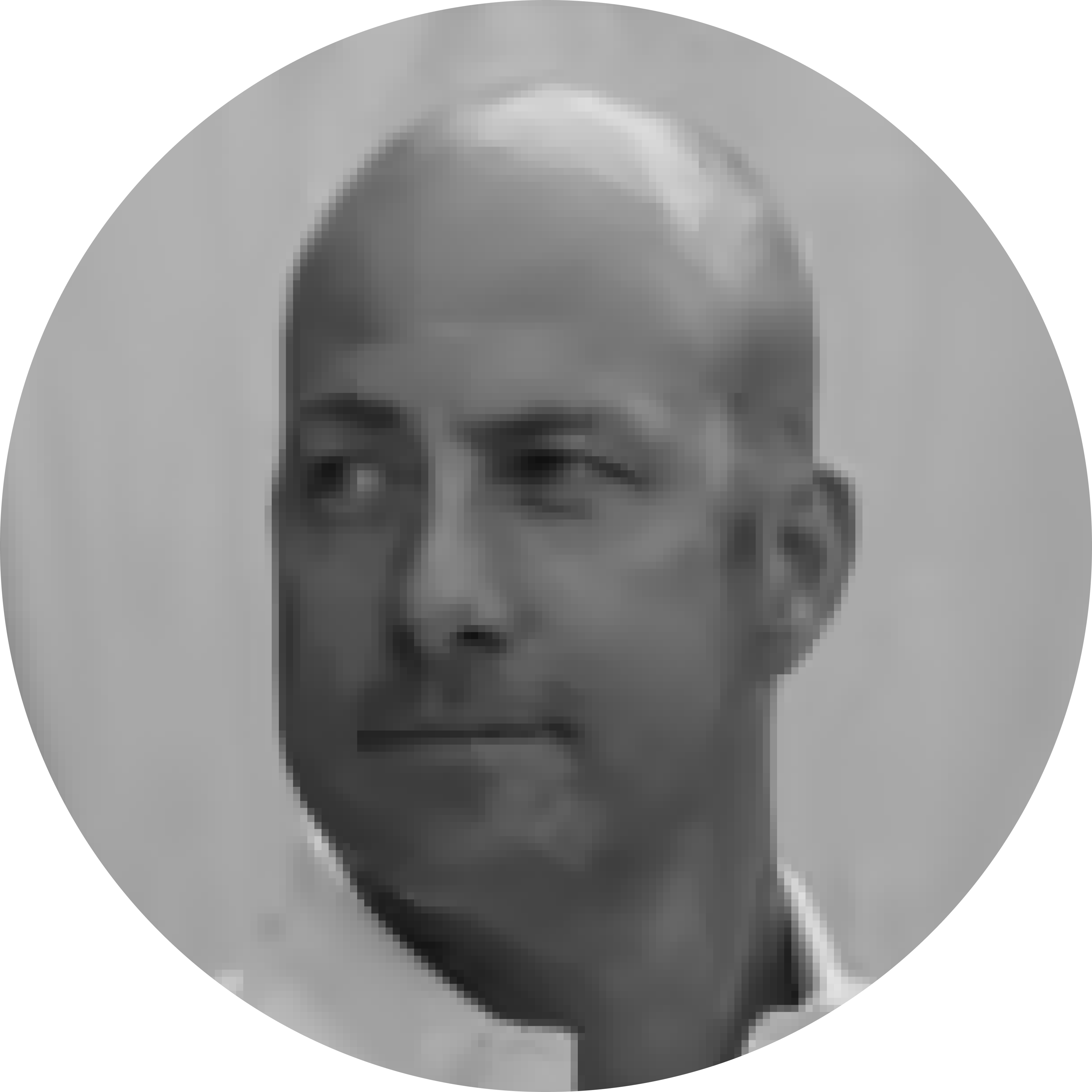